Vancouver, BC – Community group finalizes registration of federal not-for-profit entity the “Vancouver 2030 Bid Corporation”.  The group promises to make changes in the processes that did not exist prior including additional measures ensuring accountability, ethics, governance, and inclusion. Leadership of the newly formed bid corporation includes Mark Hamilton as President, Arka Movsessian as Chair, Sean Cruz as VP of Communications and Arash Azizzadeh as secretary with a combined over 20 years’ experience in not-for-profit business administration, media relations and special event management.

As the city reels in the 10th anniversary celebrations for Vancouver 2010, Mark Hamilton the President of Vancouver 2030 Bid Corporation says “Vancouver 2010 left behind many great legacies venues and landmarks that are still enjoyed today. We know that Vancouver 2030 will build on top of those legacies and expand. There is great opportunity here, and we believe other communities can also enjoy the benefits of what the Olympic Movement brings with it.” When asked about the financial impact of another games in Vancouver Mark replied, “With many of the venues used in 2010 still functional, the costs to host again would only be a fraction of what was spent in 2010 and could possibly be all privately funded. Looking at the actual costs that would be associated infrastructure, we are looking purely at what it would cost to retro fit existing venues, and not building them from the ground up.”

Other benefit from hosting another Olympic Games would be additional investment from all levels of government to improve public transit such as sky train extension in Surrey to Langley, Gondola up Burnaby mountain and all-day commuter rail service to Maple Ridge. In addition, the new Olympic Village build would provide additional affordable housing options for residence.  “One key thing we are looking at, is how our organization can have a legacy within our community. If the bid does not proceed, we want to show the community it was not for nothing” Arka said “We want to build programs that offer under privileged youth in our communities the right to access sport”.

Vancouver 2030 Bid Corporation will be focused on building out partnerships with local business to ensure our vision aligns with all members of the community. Mark explains “We will also be reaching out to past VANOC members to collaborate and learn from their past experiences”. 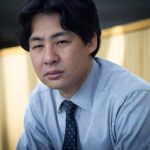